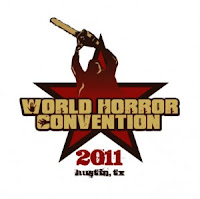 I'll have copies of Vampire Nation, Hollywood Witches, and Pentagon Possessed for whoever wishes a signed copy.
Posted by Thomas at 1:08 AM