Mocking TSA Before It Was Cool 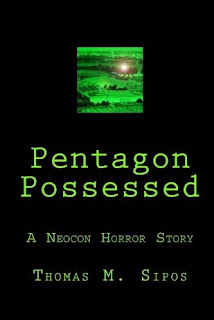 No, it's not "about time." It's long past "about time." Where were these "conservatives" when the TSA's measures first went into effect? Or when the ridiculous non-safety procedures piled on and on?

The truth is, anyone who criticized the TSA several years ago would have been derided by "conservatives" as a terrorist-lover. A supporter of "Islamo-fascism." Or as Ann Coulter might put it, a "cheese-eating surrender monkey."

For that matter, where were the progressives? I hear that Saturday Night Live ran a sketch criticizing the TSA last week. Yet years ago, many progressives too were afraid to criticize our current wars and non-security measures in public, lest the critics be called "anti-patriotic."

Yes, a minority of progressives, and even s few conservatives and libertarians, did criticize the TSA early on. But they were the relatively few, because it wasn't cool or safe to criticize the TSA.

Perhaps the earliest opponent of 9/11 hysteria was former Libertarian presidential candidate Harry Browne, who criticized the Afghan War on 9/12.

Now I'll blow my own horn. I marched against the Iraq War before it began, along with a minority of Americans who were ignored at the time. I participated in an antiwar play in 2005.

And in 2006 ... I wrote an antiwar/anti-Patriot Act -- and anti-TSA -- screenplay called Pentagon Possessed: A Neocon Horror Story. In 2007 it was a quarterfinalist in four screenplay contests. It's still available for production. (plug, plug)
Posted by Thomas at 11:43 AM No comments:

Theofantastique interviewed me about my book, Horror Film Aesthetics.

Read the interview for a free peek into my views on the subject.

Or just buy the book at Amazon.com!
Posted by Thomas at 12:07 AM No comments: