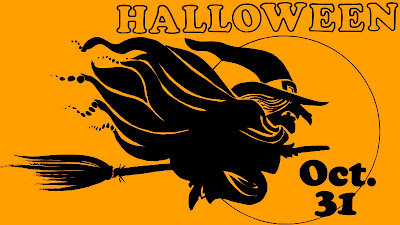 Speaking of which, now might be a good time to read Halloween Candy.
Posted by Thomas at 4:57 PM

Although you made no overt value judgment regarding how merchants are commercializing our sacred holidays, one could have inferred from your mere posting that you viewed such "whoring" negatively. This would have been a good thing. However, by your ultimate comment, it is revealed that you too are a mere whore. The ironic comic intent is not missed. Nevertheless, this topic is too serious for such levity.